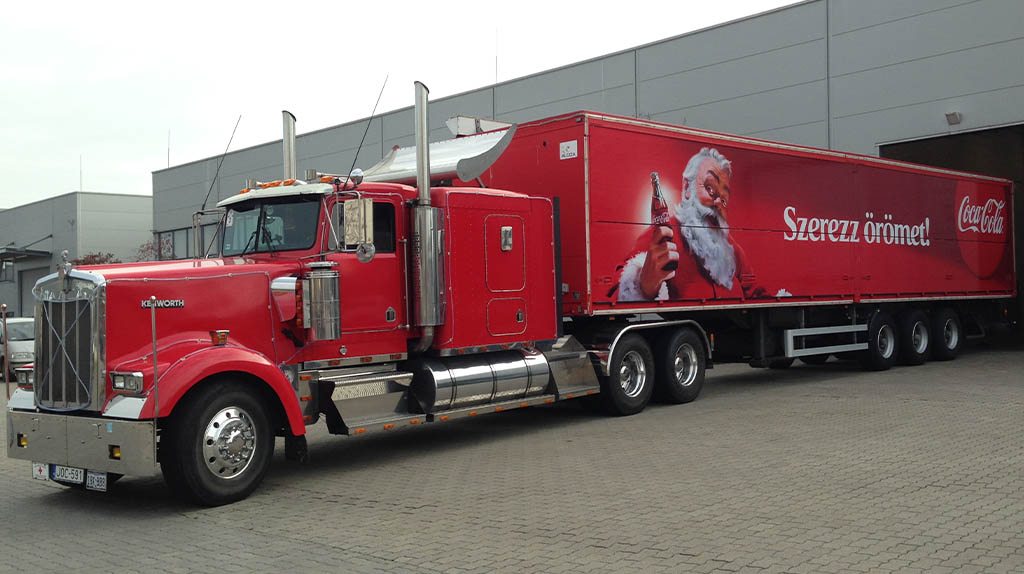 Who doesn’t know the Coca-Cola truck from the commercials? Nevertheless, each year people have the chance to see this iconic red truck not only through the TV screen. The Coca-Cola caravan moving from town to town brings people the spirit of Christmas. It’s a perfect example of emotional brand building.

Pleasure and sales promotion – these two goals were supported simultaneously by the large-scale truck tour event series of the beverage company, in which our company actively participated in the years of 2011, 2013 and 2015.

The following exciting programs and opportunities were offered to the audience:

Santa’s room: the target group was primarily the children who were able to take pictures with Santa, which were printed out by Santa’s little helpers, i.e. the costumed hostesses.

If it’s Christmas, it’s Coca-Cola! – because of the television advertising and the truck tour events, the two concepts simply belong together.

One thing is for sure: the successful completion of such a complex event requires careful attention and a lot of helpful colleagues.

We use cookies to ensure that we give you the best experience on our website. If you continue to use this site we will assume that you are happy with it.AcceptDenyPrivacy policy